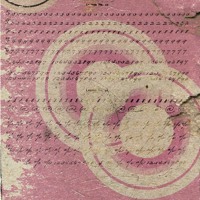 First up is the engrossing soundworld of Jason Brogan and Sam Sfirri’s Wolf, mixing lupine wails with electronic burrs and crackles in an enigmatic and ambiguous work. The wolf recordings are presented with astonishing clarity and fidelity – in my digital copy at least – that one could be mistaken for thinking this is a straight down the line field recording. We hear wolf calls echoing across what we assume is countryside, a sound both fascinating and, given the folklore surrounding these animals, slightly eerie. At one point, lycanthropic weirdness seems to break out as the howls mingle with a more human-sounding voices. There’s a more occult chill in the air.

This naturalistic feel is destabilized further by electronic whines and buzzes that seems to pierce the organic soundcape. At first they seem just incongruous but, gradually, they become more and more unsettling. They’re like glitches in the matrix, bugs in the render, flickers that remind us that what we’re hearing is an illusion. These interventions become more pronounced as the piece goes on, hinting some hidden system of control that can’t avoid revealing itself.

The rather widescreen focus of Wolf switches for the accompanying track on the tape, Joe Panzner and Greg Stuart’s We Didn’t Get There Tonight. It’s a set of precise electromagnetic conjurations, seemingly calibrated at the micro level. Minute disturbances in the aether. The texture of these sonics is ruffled and uneven, almost percussive in places, currents turned against themselves. Early on, low-voltage hums twitch and burst and pop, less ancient circuits finally giving the ghost, more like electronic spores disseminating their tiny seeds. Gradually a dense thicket of sound is laid, sonic-bracken-data providing crunchy strata for the ear.

There’s a steadfast refusal to frame this piece in any kind of progression or development. Instead we seem to witnessing a system of some kind, although we have no idea of the rules governing it. The way in which the noises and glitches could be totally random or part of some wider set of unknown processes.

Eleven minutes in and a high-pitched whine starts up, slowly transmuting into metallic cicada-style whirring. Are we deep inside the motherboard? In the final six minutes or so, the duo trade a soothing set of machine tones, arcane processes or machine rituals, before a raging burst of dissonance finishes things off. It’s a very pleasingly rendered piece, all the more interesting for its refusal to create an easily intelligible humanist narrative.