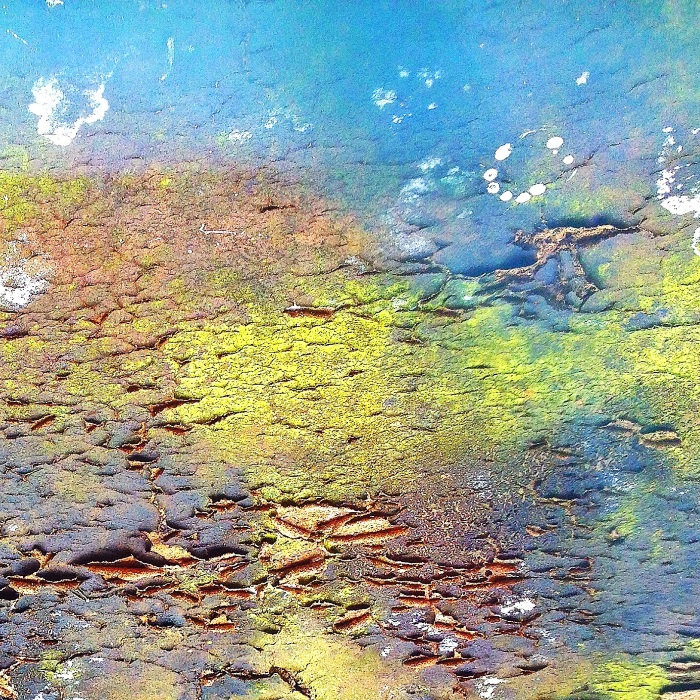 Social media is such a fraught place these days – full of trolls, snark and cat pictures – that when something good comes out of it, we should celebrate. That’s not the only reason for my shout out for this fun-packed album of remixes from Rob Hayler, who runs the fantabulous Radio Free Midwich site as well as making compelling tracks himself, but it’s start, right?

“About six weeks ago a passing comment on Twitter was tossed over the chalet balcony and started to roll down the mountainside. The resulting giant snowball crashed through the doors of my back catalogue and, within hours, a happy band of looters was ransacking the vault. An album was retroactively called into existence with a deadline and a charity cause adding some ‘oomph’ to proceedings.”

The charity is Red Cross, to which all proceeds will be donated.  Indeed, some monies have already been handed over. Good work, that man.

With 27 tracks, and a total running time clocking in at around three and a half hours, any review would only scrape the grubby surface of the delights here.

So I’m not even going to try to sum it all up.

Instead, I’ll just pick out some of my current faves, such as Striking Flint, Daniel Thomas’s 18-minute warpscape that sounds like an aria from some vast alien toad.

Or the stoned gamelan of In Fog’s Verdigris.

I could go on.

Obviously all your no-audience underground favourites are here. Paul Watson leaves his BBBlood persona behind for a suitably headachey Hangover, and Yol’s Stoma 2 is as deranged and gripey as you’d expect.

There are also sterling efforts by Dale Cornish, The Piss Superstition, Clive Henry, Brian Lavelle and many, many more.

The album’s been out since the start of the month, but that doesn’t mean you shouldn’t immediately hand over the price of a pint in a central London pub and immerse yourself in its glitching, droney gloriousness.

You know it makes sense.

And you can read more about the Red Cross here.