Last month, the Manchester-based visual and sonic artist John Powell-Jones announced the first in a continuing series of artworks. Every month he aims to produce a new work in the series. The idea is rather like Jason Lescalleet’s wonderful This Is What I Do series, although in Powell Jones’s case, the instalments comprise both a sound work and a new piece of visual art. 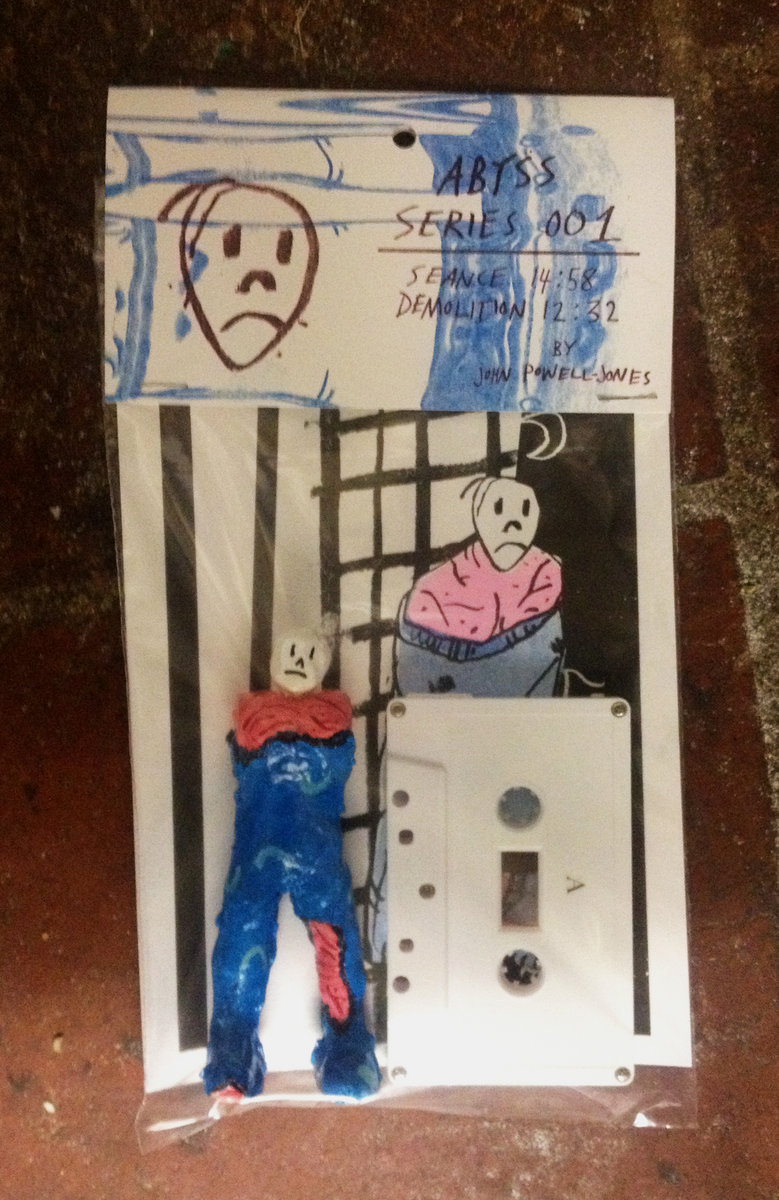 The first release, Séance, is available now and consists of a two-track cassette (with obligatory download) and one of Powell-Jones’s distinctive resin-cast figures. These enigmatic, psychedelic totems have a rough-hewn, melancholic beauty, as if Alberto Giacometti’s mysterious figures had been confined to the Calais ‘Jungle’ camp instead of being free to wander the earth.

The music, too, has a hunted, almost feverish quality, as if constantly under the malign influence of CCTV and outsourced security contractors, the title track’s disjointed guitar twangs and anonymous kick-drum thuds slowly coalescing into a claustrophobic vortex of pulsing electronic noise. Demolition, on the other hand, has an almost Industrial feel in its doomy synth chords and rhythmic hisses, all of which contribute to its locked-in, subterranean feel.

The intertwining of visual and sonic art practices is not a new move for Powell-Jones. His earlier clutch of releases on Sacred Tapes, Abyss (from February) and Into the Abyss (from July), bear a similar mixed-media approach. Both tapes were created to accompany exhibitions of his drawings and figures, with connoisseurs able to purchase a ‘Special Edition’ of Into the Abyss, which included a resin cast incense head and print. 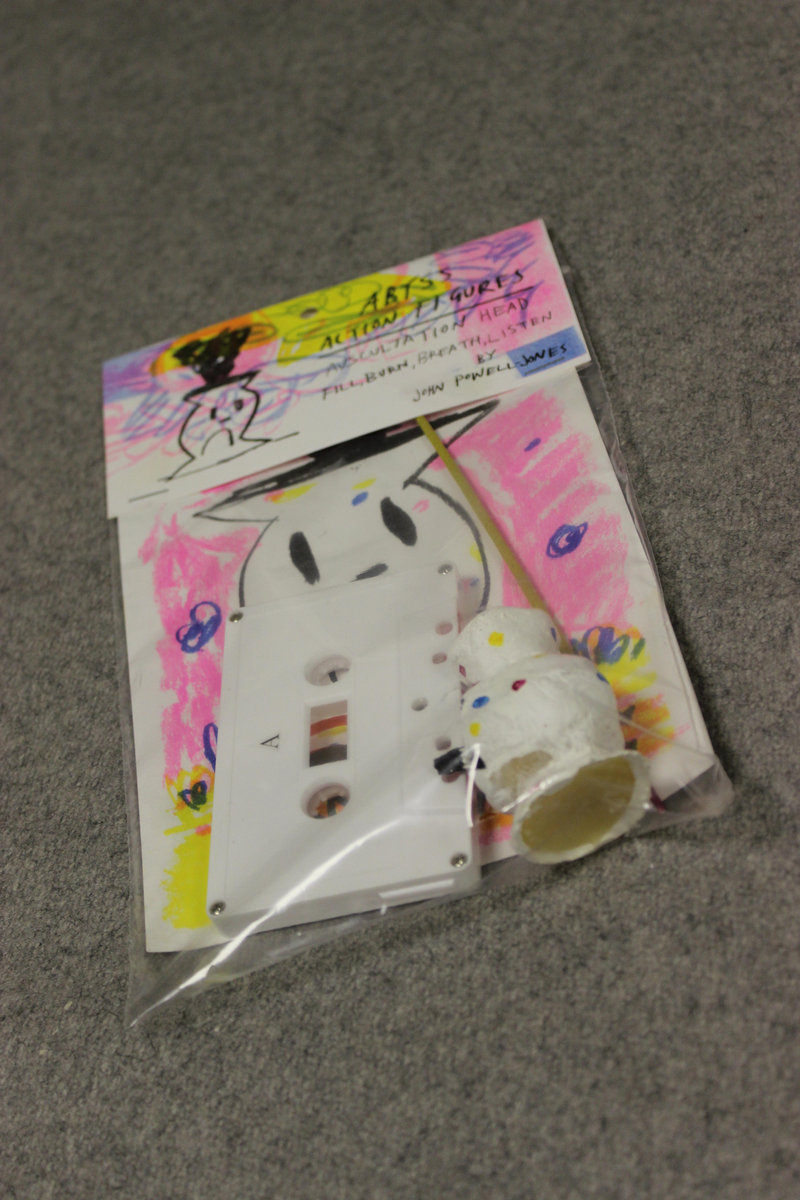 Side A’s Tormentor has the metallic sheen of the best futurist mood music, Powell-Jones carefully building up layers of slowly phasing synth lines as if he’s building a huge geodesic dome in the desert, a sanctuary for doomed ecosystems. It gets grittier towards the end, as grainy electronic vibrations reverberate across previously shiny surfaces and clusters of hypnotic tones bounce around the space.

But the real grit comes with the flipside, Pyre. It has a similar percussive backdrop to its companion, but here the synths have fangs, growling along almost at the sub-bass level. Malevolent acid squelches and itchy, thin snare samples combine into a writhing, snapping mass. It’s as hypnotic as a cobra and a lot less friendly.

Listening to the earlier Abyss after this later work is an interesting experience. The material is looser, less intricate. There are no drums. Looking back, one can hear the development in his sound even in the relatively short time between the releases. Yet there’s still something about the grimy impassivity of Abyss that appeals.

Freed from the pulsating synth and percussion nets that characterise the two later works, the sounds on Abyss seem to float in space, disconnected almost, orbiting around an invisible core. They seem less the product of human hands manipulating machines and more like field recordings from a distant world.

On 30, there’s a hint of regularity in the throbbing drones of the early section, like a distress beacon from a long abandoned base that’s gradually drowned by the stormclouds of noise buffeting it. This could be a fantastic soundtrack for an alternative version of Ridley Scott’s Prometheus, one directed by the ghost of Tarkovsky, perhaps, in which the buffed, preserved engineer is a mere psychic projection of the sentient malignant force of planet LV-223 itself. Groovy, baby.

31 continues the bad weather tumult, transmuting it into a cyclonic swirl of nightmarish one-finger synth notes, redolent of computers inching toward their shutdown long after everyone else is dead. When the trippy, phasing tone blast appears in the final third of the track, it’s hard to figure out whether this is the final flatline or a mystic ladder out of the chaos, a blinding tunnel of light opening up before us and urging us to pass on into our next phase of existence, at one with the universe.