Self-released (original release by 2:AM Tapes)

Another oldie. I picked this tape up at a recent Beartown Records night, having seen the personnel who make up Autistic Argonauts – Daniel Voigt, Ruth-Maria Adam and Ronnie Oliver – playing solo and duo sets, not realising that a) the music on this tape was recorded in 2011 and originally issued last year as Go-Go Rotte on Wilmington’s 2:00 AM Tapes and b) said recorded music sounds nothing like the sounds I heard at the aforementioned gathering. Wot larks, eh Pip? 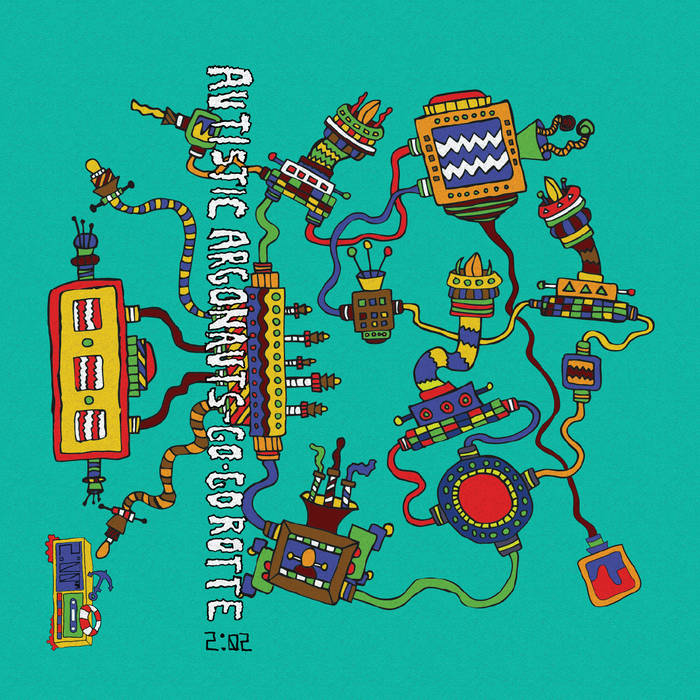 Never mind. It’s ace, a suite of numinous, pastoral electronics, with synths and sequencers burbling and pulsing in a soft-edged haze. It’s the sound of an early evening in late summer, as the bleached-out colours of the day slowly leak back into vision in the golden light of the pre-dusk.

Although the gentleness of the sounds recall Sowiesoso-era Cluster, here the glistening clarity that Dieter Moebius and Hans-Joachim Roedelius achieved with Conny Plank at the helm is replaced by a woozier tone. Pieces such as The Lodger mix an almost child-like simplicity with a gauzy, blurred at the edges vibe that conjures up images of wandering through a forest in a dreamlike-trance.

Occasionally the tracks rouse themselves into forward motion. Clumsy Flirt has a Kosmische momentum that’s more in keeping with Harmonia’s chromium grooves, yet this is the exception rather than the rule.

For the most part, the tunes here tend towards medicated drift, circling out then back upon themselves, the winding path rather than the autobahn. Halloumi’s melody is like drops of liquid metal, hanging suspended in the air like so many soap bubbles. Later, a solitary voice (Voigt or Oliveras, presumably) calls out in wordless vocalese, an untaught, half-remembered lament bubbling up from the murk of the unconscious.