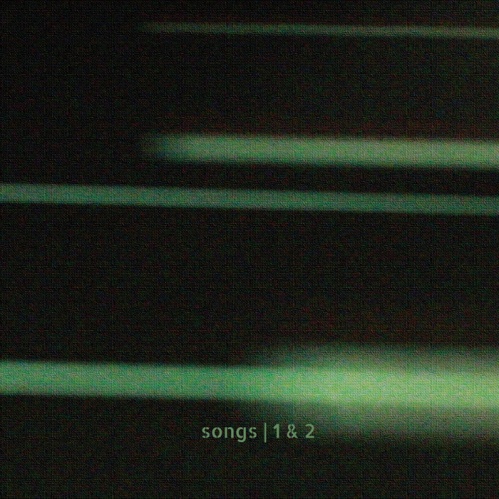 It sounds fragile at first, tentative almost, the slow bass clarinet and trumpet phrases almost unwilling to come into existence, the viola uneasy, the voice trying out these elongated stabs of melody like warmup exercises. You think of a beach, the weather cloudy, and the pasty holidaymaker taking their first wincing steps into a grey sea. But then you realise that it’s you, not them, that is out of sync, accustomed as you are to brash intros, that ‘1-2-3-4!’ of The Ramones and their punk hinterland, the brassy stabs of those Blue Note records, the total immersion of the noise crews. You realise that what you see as fragility is actually strength, that every note played has been considered deeply before being deployed perfectly. Every possible path has been assessed until this one has been decided on. This is the only path, in fact, until the next one.

These two pieces, composed by Rishin Singh and performed by a quartet of Lucio Capece (bass clainet), Catherine Lamb (viola and voice), Stine Stern (voice) and Singh himself on trombone, are released on Ilia Belorukov’s St. Petersburg Intonema imprint. It’s a slight departure for the label, their first foray into modern composition, in fact, but there’s a similar quality and fidelity to this release that binds it to what is becoming an impressive back catalogue. It probably won’t surprise anyone to say that the long, pure lines of sound – not so much melody as luminous essences – exert some familial resemblance to the Wandelweiser lot. After all, Singh is involved in a score research project with Johnny Chang and is part of Berlin’s Konzert Minimal group devoted to performing the collective’s works. In particular, the unruffled, diamond-tough surfaces of 1&2 resemble the wide, quiet soundscapes of Jürg Frey in the way they seem to evoke almost endless planes of some unknown acoustic material.

I would guess too that Singh is exploring, in his own way, that peculiar form of post-Cageian reductionism that, if anything, binds together both those in the Wandelweiser collective and in the wider, post-Wandel diaspora. Singh seems to be asking: how much can you remove from the song form for it still to remain a song? Melody, harmony, rhythm… perhaps all you need is a voice, of which breath is a key component. And perhaps all of the different constituents of these two songs could be said to approximate to slow breaths – even that keening viola, the one instrument here that doesn’t require an application of air from the lungs to produce a note – the eternal inhalation and exhalation that forms the vital function of a human’s existence. A chorale of the body, almost.

Silence is here, of course, but rather than surrounding and enveloping the playing, it seems to be placed horizontally, between the planes, as a kind of protective layer, absorbing and magnifying the unhurried resonances of the quarter. But it’s those voices, from Catherine Lamb and Stine Stern that gives 1&2 such a distinctive aura, adding warmth to what would otherwise be slightly frosty pieces, but at the same time adding an eerie, haunted atmosphere. At times, I’m reminded of the stillness and focus of Ashley Paul, with the strangeness increased by the stretched vowel sounds that renders the words themselves almost unintelligible. One can sometimes hear fragments (“Lights out…lights out….lights out,” for example, in Three Lives), but for the most part these seem like messages from another world, borne through space on the soft-edged bass throb of trombone or bass clarinet, or the harder, woodier grain of Lamb’s own viola. Voices made of light, singing through the void.