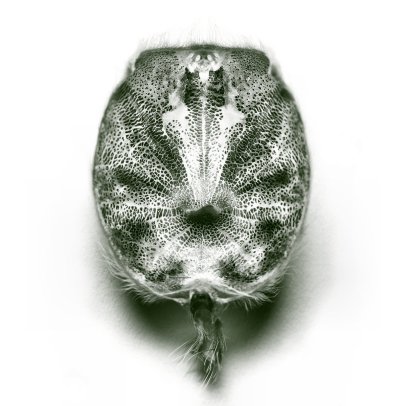 Finland based composer NE Trethowan conjures up immense swathes of electronic tone for this release on Linear Obsessional, the massive, shifting surfaces tickled by striations of woolly glitch and hints of cracked speaker cone fuzz. Grammastola is reminiscent, slightly, of Christian Fennesz’s woozy mesh, although the oceanic swell of a typical Fennesz workout is replaced here by a something deeper and tougher, the pulse and rustle of pieces like Rouke Adder resembling the infinitesimal shifts of the earth’s mantle in the eternal calendar of geological time.

Trethowan’s sonic expanses are too textured to  be drones, but, apart from on the plaintive and beautiful Erik, they’re not exactly chords, either. Opener Anne Poyce seems to be made up of giant blocks of limestone, although its gradual evolution has a degree of autonomy that belies its status as Trethowan’s composition, developing slowly and with its own momentum. In Suvanto, the different frequencies seem to lock into parallel strata – a throbbing sub-bass, wavering high-end and kind of metallic scuff in the middle range – that ooze in and out of silence during the nine-minute runtime. It’s magical stuff, frankly, with a scale and pacing that invites us to contemplate a rather different sense of time than our everyday lives normally permit (even though, as Trethowan states in PDF booklet you get with the download, much of the sounds are, in fact, human, being sampled from thrift shop choral records). Still, in that same essay, he points to a deliberate referencing of an ecological mood:

“I enjoy working with textures that continuously change in some way, however slowly… I’d also hope that it suggests some distance from active human composition and authorship. Possibly something like the intricacies of some natural phenomenon (a rippling stream or swaying tree with rustling leaves…); filled with fluctuating, chaotic, momentary events, all linked together aesthetically by the observer.”

Quite, although I’d go further. In the majestic Grain Removal suite that forms the album’s centrepiece, the surges of interlocking tones, echoing throbs and gorgeous soft-hued chimes evoke a system in which that observer is entirely absent, in which the planet’s interlocking mechanisms unfold without requiring any validation or interference from humanity at all. World music of the very finest kind.