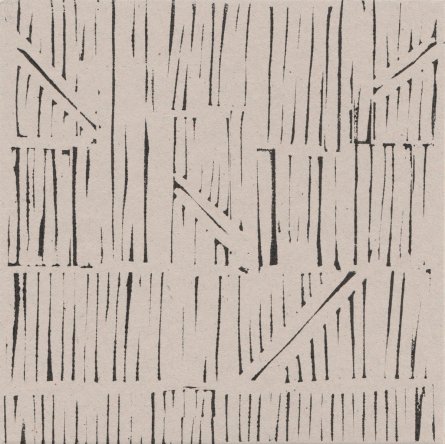 Colin Webster’s Raw Tonk has been connecting various nodes of free jazz and improvisation-type stuff from across Europe and further afield for several years now, and this album from the Scandinavian-UK trio Ma/Ti/Om, released earlier this year alongside albums of slices of guitar slime from Dirk Serries and burning psycho-jazz from the KTHXBYE trio is another worthwhile addition to the discography.

Ma/Ti/Om is Matilda Rolfsson (bass drum and percussion), Tim Fairhall (double bass) and Tom Ward (bass clarinet and flute). Although Fairhall and Ward have played together as a duo previously, this is the first time I’ve encountered them. My old brain is slightly more aware of Rolfsson, having witnessed an engaging trio with Richard Sanderson and Mark Wastell (documented on Wastell’s Confront Recordings) and she provides similarly sympathetic percussion textures here, never quite veering into stereotypical free improv clatter. The group as a whole hits a nice seam somewhere between out-there fire music and the chitinous hustle of free improv, leavening their dissonant scrapes with shafts of melody and warm bass twangs poking through the scrapes and hoots. There’s an airy lightness to the trio’s playing, thanks to Ward’s occasion flute invocations, which roam across these four pieces like a summer breeze over a mountainside. Indeed, it’s the short, flute-led title track that kicks off the album, Ward’s twisting, bucolic notes pushed on by urgent percussion and high plucked bass.

Hard on its heels is Motsols/Counter Clockwise, and it’s a grittier affair, the opening salvos of gripey creaks a shot across the bows to anyone expecting easy listening. The flute’s breathy rushes continue although the tense drum thunks and frantic bass rubs suggest a nervy dance, like traps set and then sprung yet never quite capturing their intended prey. Ultimately it all gives way to a warty belch of low end, with an outpouring of bass clarinet matched by rattling gulps of bass and clomping drums, before settling into a lugubrious coda reminiscent of a frazzled comedown at the end of some ancient private press spiritual jazz workout.

Tradeot Och Skyn/The Tree and the Sky locks into familiar free improvisation choreography, the trio’s poking and feinting acting as a precursor to an early blowout. It’s almost comical how Tim Fairhall’s bass attempts to settle into a trad walking pattern while Rolfsson does her darned best to knock him out of step – it’s so much fun that you almost forget Ward’s clarinet barbs from the side-lines, desperately trying to edge in. The third wheel finally becomes part of the engine as Ward switches to the bow and Rolfsson eases off the attack, making a previously solid chassis melt into a shapeshifting mass of blurred and angry tones. The storm passes with the crystalline tinkles of handbell and a return to the pastoral mood that’s even more satisfying for its contentment to retain some of those sharp edges.

Album closer Till Havs/At Sea is driven by a squealing double bass arco that lays down a smudged curtain of unease, punctuated by Rolfsson’s gentle thuds and bowed cymbal swipes. Among all this Ward’s horn lines creep in like fog, its gassy fingers opening up cracks and crevices to infill with its inky smudges. There’s a lovely section about three minutes from the end, where the bass clarinet fades out and Ward lets his bow bounce across the strings in an arachnid scuttle of almost-pizzicato, summoning Ward, who returns with a chorus of reedy whistles accompanied by Rolfsson’s percussion and handbells. Subtle and restrained, the piece is full of foreboding, and the fact that it never bursts into furious dissonance adds to its brooding power.