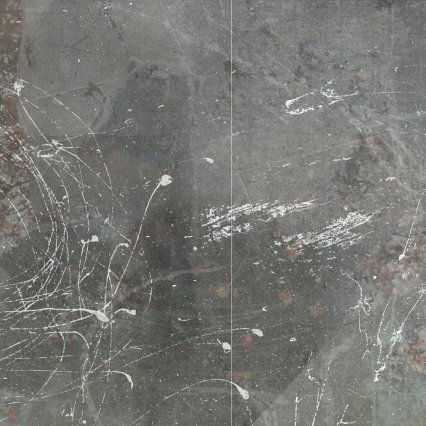 Out of Leeds they shuffled, as malignant as a cancelled train, thick and viscous like a bucket of turnip slops before dawn on a chapped December morning. This is Grey Guides, the duo of Lynden St. John and Matt Hurricane-Salt, whose Beast Mask Supremacist is a mangled dollop of juddering noise, essential for anyone who can’t get enough of the grotty carousels of dissonance from Filthy Turd, Early Hominids and the like. It’s the third instalment of Grey Guides’ particular brand of decrepitude, and anyone familiar with the void murk of 2014’s Back To Mucus and the abrasive glam stomp of Songs For Gruppen Aleph Aleph (2015) will be relieved to hear that the duo has veered little from their grubby furrow.

As in all the best examples of this stuff, Beast Mask Supremacist’s eight tracks have a pleasantly tangible density, borne from avoiding the laptop in favour of layers of murderous tape wheeze, mysterious white noise and ragged, abstract swathes of guitar, with the endless motor screams and scrapey fuzz of Van Hoogstraten’s Big Payback/Gorden Potlergeist Revisited serving as a useful case in point. Unsurprisingly, given its provenance, there’s a kind of bedridden psychedelia at play here too. These damp, fungal hymnals are the sort of thing that Yorkshire seems particularly adept at spewing out, creating a medicated weirdness that mashes degraded urban horrors with eldritch rural eeriness that’s far from the usual lysergic clichés. So the ghost voices of Yoo Doo Rite/Mister Pharmacyst have a disjointed, dreamlike quality, howling out through the weary gloaming and blowtorching the pharmacological promises and communal vibes of those old tunes into narcotic, skeletal repetition. And you could imagine Millipede In A Doll’s House, which corrals a spitting, seething blizzard of frequencies into ritualistic shape, as an outlier in Neil Campbell’s Astral Social Club discography of psychic acid. As if that’s not enough, Just Burned Down A Care Home has a trippy synth whine that seems perfectly weighted to fuel a pulsating mandala of plastic bags as it groans through its dead slouch. True, all those gonzo track titles lighten the mood a little – Mushroom Heads Are Turning, and the like – but really, Beast Mask Supremacist is a blank-eyed stare of an album that freezes us into horrified trance state, a zombie waltz through decayed past and a catastrophic future.