Anne-F Jacques creates microscopic worlds of whirring machines, steampunk flea circuses of motorized sonics birthed from her collection of mechanical discs and wheels (‘rotating surfaces’), meticulously calibrated and often adjusted with weights or blocks to interfere with their natural balance. The busy vibrations of her work may prompt comparisons with those artists who delight in the random machinations of wind-up toys and other electrical devices, but Jacques’ omniscience marks out her aesthetic as fundamentally different to those hands-off operators. As this clip from Oxford’s Audiograft festival shows, Jacques is always present, setting the parameters and keeping a close eye on how things are developing. That said, perfection is not a goal. For all the focus on powered rotation, a typical Jacques release relishes in the erratic rhythms of the off-centred disc or the spin and clonk of the unbalanced wheel. For listeners, too, this imperfection is addictive. We become attuned to the elongated see-saws and pockmarked undulations of her soundscapes in the same way as we’re lulled to sleep by the rumbles and jolts of a long train ride. 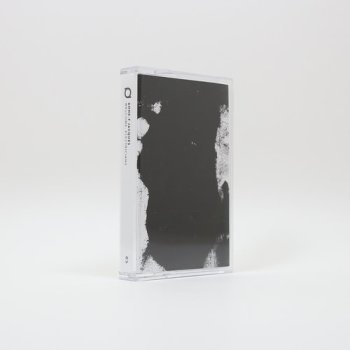 Mind you, anyone expecting a cutesy soundtrack of artisanal bumps and chuffs, like some sound art version of a British model village, will be elbowed out of their complacency by the impassive grind of Welcome, Electricians, Jacques’ recent solo outing on the on the new Dinzu Artefacts imprint.

Split into two 10-minute tracks, Welcome, Electricians opens up Jacques’ usual sound world of rustles and chugs to painful abrasions and piecing drones. The sonic detailing is fantastic, with the juxtaposition of tempos and timbres evoking images of a mechanical dystopia even as our ears are seduced by the grumble and grind. Side A’s slow, tooth-furring scrape and slathering, metallic hisses establish a hostile ambience that even a bucolic final passage of woody gallop can’t quite allay. Indeed, any sense of security we feel once that stuttering clop has restarted on side B is well and truly blasted away by the electrical drone that cuts in almost immediately, its sternness corralling a bed of hyperactive jitters into a claustrophobic bubble of panicked jostles.

In comparison, 2014’s Some Asperities seems positively pastoral. These three slices of close-mic’d rolling and tumbling bring Jacques’ obsession with rhythmic clunk and grind into fine-grained clarity, like a clockwork reproduction of an eighteenth-century steam pump viewed through a magnifying glass, the grunts and puffs of its industrial process reduced to archaic whirrs whose only purpose is their own distraction. But for all this quirky machine-without-a-use spectacle, the beauty of Some Asperities is in its warped inefficiency. The woody splatters, tactile scrapes and crunching heaves of Continuous Sliding give the impression of some ancient device that’s just about on its last legs, almost every part patched up and repaired several times, running through its final batches before being dismantled, the physicality of its lopsided contortions strangely sensual to our ears. The old ones are the best, after all.

Given the hermetic nature of her aesthetic, Jacques’ collaborations with other artists are often surprisingly effective. Fuyu, her linkup with Takuji Naka on Beartown Records from the end of 2016, magnifies the wrought miniatures of her solo work into teeming, widescreen soundscapes, adding mysterious hooting groans and unspooling tape squeal to the usual spindle-mounted shenanigans. Here, moments of calm ambience are punctuated by sudden slurred burps, bronchial growls and echoing pipe clanks, as what sounds like a fanbelt made from sandpaper turns grouchily in the background. At one point, gentle sploshes of water form a backdrop for eerie, siren-like moos,  a pleasant trip out on the lake interrupted by mutant cows. The whole thing has a woozy, hallucinatory atmosphere, with taped voices slowed to an unintelligible blur, tetchy huffs of white noise and ominous background hums combining to spooky effect. A highlight is a recurring kinetic scratch, an earworm that brings to mind a marble rolling through a surreal, never-ending game of Ker-Plunk as a confused Grizzly gets extremely pissed off trying to make sense of the instructions.

If Fuyu was all about friction, pitting its protagonists against each other to produce a rag-bag of combustibles, Tooth Car, a record of two meetings with Tim Olive during a US Tour in November 2015, puts integration to the fore.

Olive’s magnetic pickup explorations are a perfect match for Jacques’ rotating surfaces, and much sonic synergy ensues. The sounds are grainy and gorgeous, especially on the first cut, taken from a show in Washington, whose grit and rumble sounds like a blowtorch scrapping with an angle grinder in the dining car of a steam train.

It’s aggressive all right, although the ever-present repetitions that churn unsteadily in the background add an appropriate note of sinister mesmerism. The second track, this time from Boston, is more subdued, with some great scraggy inhales reminiscent of an ancient sleeping housecat early on. A sleek motorik reduction, seasoned by irregular mewls and warbles, quickly transforms into a queasy, pulsing lurch that would be charming if it weren’t for the gloomy low-end cloud surrounding it. It’s as suffocating as the hour before a summer storm, but here the promised downpour never occurs and things tail off with a satisfyingly serpentine whimper.