Like a river of lead flowing deep underground, Gateshead’s Invisible City Records keeps its supply of dark and heavy product coming. The dank breed of dronic sound that these artists in the northeast favour is a particularly addictive vice. Whether spawned from an eternally sustained guitar fuzz or the monolithic throb of electronics, is it is thick, viscous and enveloping. Often it seems to spontaneously erupt in several places at once, as if the artists in question are merely excavating an eternally present seam of darkness, their work a group endeavour to channel the planet’s everlasting moan. The genuflection to the permanent horizon of sustain occurs throughout this recent quartet of cassettes from Gateshead’s Invisible City Records, although often leavened by abrasive electronics or mysterious environmental fumbles and rumblings.

Of these four, Kay Hill is possibly the artist who ventures furthest from that base design. Their excellent ANARAK continues a journey into jagged vortices of fuzzy static and spitting powerline electrics previously seen on releases such as 2014’s Summit Tapes Part 1 or 2015’s In-Grain. The Gateshead massive like things heavy, monotone and metallic, but the Kay Hill sound is closer to the restless electro-noise machinations of Ian Watson, perhaps, or the whirring mantras of Eddie Nuttall’s Aqua Dentata. I hope they dig it as much as I do.

ANARAKI floats the intriguing proposition of how Steve Reich may have sounded, had he stuck a tuning fork into a plug socket instead of messing around with tape loops. A crinkly, crackling fused tone splutters in a lowercase tantrum, a vain attempt to prevent its own dissolution into a phasing puddle of micro-Reichian plinks. It’s not hypnotic so much as grimly mesmerizing. ANARAKII continues down this road, although here the bitty syncopations resemble Morse code tapped out on a teacup by a mouse trapped under the stairs. The signal chatters on even as rain clouds of bronchial fuzz seep across it, far too ethereal to do anything but dapple its surfaces with mottled specks. The mouse-Morse is finally washed away, leaving a shifting, gauzy hiss, more vapour than liquid. Simple but devastatingly effective.

Diurnal Burdens is the alias of Manchester sound-droog Ross Scott-Buccleuch, who has been creating gritty noise textures with an avowedly psychedelic bent since about 2014. The psych-noise axis is a fun place to hang out, and Scott-Buccleuch’s previous outings drip out their queasy oscillations in a pretty convincing manner (check them out on his Bandcamp). But Inaction/Extinction is a gloomier, tougher excursion, with the blurred jitters of his previous work solidified into churning, monochrome repetitions and abject synth burbles.

Inaction has the grunt and groan of forgotten heavy machinery grinding out its assigned processes long after its operators have been outsourced to a different economic zone. Later, bloopy electronics create a vortex of sonic sludge, a lullaby for old robots chucked down the disposal chute. Extinction, in contrast, brings a little light to the muggy shade, its flickering, dusty synth lines reminiscent of a New Age tape left in a damp shed for far too long. After a while those comforting chords of a long-forgotten sunshine are inaudible underneath the gunk and mold, the grot working itself up into a nicely cloying carpet of fungally-appropriate textures. Inaction/Extinction may well be Scott-Buccleuch’s first physical releases after all these digitals. He’s one to watch.

Fraser Burnett, in contrast, has been putting out music as Fordell Research Unit for more than a decade now, and his discography includes several collaborations with Gateshead’s dark lord Culver. Etches of Pain is a solo release, however, its runtime divided up into eight tracks, most of them pretty short. Less immediately satisfying than the side-long meditations of Kay Hill or Diurnal Burdens, these cuts nevertheless do exactly what they’re supposed to, delivering bursts of synthy drone in a no-nonsense manner. The rifftastic Fordell Ferox is good gear, the plainsong moans floating above its fuzzed-out chord sequence adding some heavy liturgical vibes, while It Didn’t Have To Be This Way is seven or so minutes of storm-whipped ambience. For me, the longest piece, Shark, is also the best, with plenty of space to stretch out its malingering resonances. A determinedly low-key beginning builds a slow wave of synth and gravel-bed distortion, gradually gaining both sonic momentum and emotional heft, before disappearing into its constituent molecules, at one with the universe. We’re gonna need a bigger black hole. 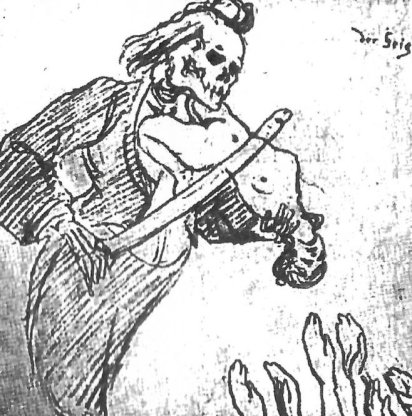 From the look and feel of Witchblood’s Xenie  – all monochrome folk horror carvings hinting at ghastly occult business in the middle ages – you’d think you were in for a right doom metal kicking. But you couldn’t be further from the truth. What you get is a deranged series of knackered piano explorations, its wayward disjunction emphasized by the determinedly lo-fi recording quality. That I have no clue who the mysterious Witchblood is in real life affects my enjoyment of this artefact not one iota, its tracks nodding to the limpid grace of Satie’s Gymnopédies, albeit previously-unknown variations composed after our Erik had been fed a massive hit of downers and dumped in a freezing meat locker. I like it, from the detuned clangs of its opening through the ruffled, paralysed melodies that creep out later. This is a cassette-only release, no digital, in fine Culver style (no track listing either) – although there is a Bandcamp page in which you can order the physical product, an action I would urge upon you all immediately and forthwith.