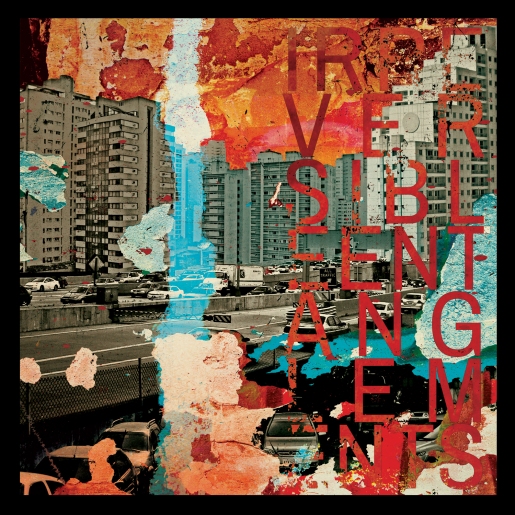 Moor Mother is the latest in a line of poets protesting America’s ongoing act of self-harm towards its black population. Records like 2016’s ‘Fetish Bones’ and the more recent ‘Crime Waves’ (created in collaboration with Mental Jewelry) pitch urgent diatribes against layers of atonal yowl and screech, words and sound counterintuitively harmonizing to create a record of this catastrophe. To listen to a Moor Mother record is to understand that these wounds have not healed and that racism’s ever-increasing body count is a gangrenous infection mutilating the body politic. Her afro-futurist scuzz is also a welcome intervention in the predominantly pale world of experimental noise musicking (there are other notable exceptions, of course, not least her colleagues in the Black Quantum Futurism Collective).

For ‘Irreversible Entanglements’, Moor Mother – aka Philadelphia’s Camae Ayewa – has swerved away from this terrain, teaming up with an exemplary free jazz crew form a new ‘liberation-oriented’ quintet. The phrase evokes Charlie Hayden’s protest jazz collective of the 1970s and 1980s, but the free-flowing aggression of Ayewa and co-pilots Keir Neuringer (sax), Aquiles Navarro (trumpet), Luke Stewart (double bass), and Tcheser Holmes’ (drums) fits snugly into the pantheon of civil rights-focused albums that includes Max Roach’s ‘We Insist! Freedom Now Suite’, Mary Lou Williams’ ‘Black Christ of the Andes’, Charles Mingus’ ‘Black Saint and The Sinner Lady’, and so on.

On those records, of course, beauty and horror exist side by side. Rage is a positive tool for change, underpinned by a utopian vision that takes its cue from hymns and sermons of the churches that are often cornerstones of black communities. Transformation is possible, and the promise of salvation in the next world helps soothe the pain of existence in this one. Yet that same beauty has allowed the fury to be aestheticized by (usually white) record collectors and critics, the record covers drooled over, the fire of the music reduced to warm and fuzzy consolation for those who can afford to shell out for original pressings on Discogs or pristine vinyl compilations.

For this reason, ‘Irreversible Entanglements’ is not a beautiful record. Ayewa snarls her diatribes through clattering soundscapes of dissonant brass and aggressive percussion, her words covering incarceration, mental health, eviction, but always coming back to the systemic, institutional violence done to black bodies and minds. “We are post-World War Three,” Ayewa intones on Fireworks, its evocation of racist murders propelled by Tcheser Holmes’ off-centre rimshots and drum tolls, before the horns swell into a queasy moan reminiscent of Ornette Coleman’s lonely woman fighting off a hangover.

That this record needs to be made, half a century after the great civil rights marches of the 1960s, gives us a clue to the mood of embittered fatigue running through it. Not much more than a year has passed since America’s first black president completed his tenure and the prospect of liberation seems to be retreating. The scale and pervasiveness of the reactionary rollback is such that those aligned with progressive thinking could hardly be blamed for feeling pessimistic.

Thus, the biggest contrast between ‘Irreversible Entanglements’ and those seminal texts of civil rights jazz is its refusal of consolation, with the church-inspired timbres that infuse cuts like Coltrane’s ‘Alabama’ almost entirely absent. In ‘Projects’, the album’s majestic and wrenching final track, hope is replaced by anger and despair, with Ayewa’s tale of an evicted family weaving past, present and future into a narration that recalls Toni Morrison at her most devastating. “We outside now/Mama says she going to get her check in two weeks/If we can just hang on/Mama says she going to try to get an advance on her paycheck/We waiting outside”. It’s not pretty. In fact, it’s downright difficult to listen to even for those of us lucky enough to have a roof over our heads. But in its clear-eyed anger it reminds us that the struggle is real and that, instead of relying on the slow bend of history to make everything alright, those advances we might have otherwise taken for granted must be continually fought for. Bring on the fire this time.