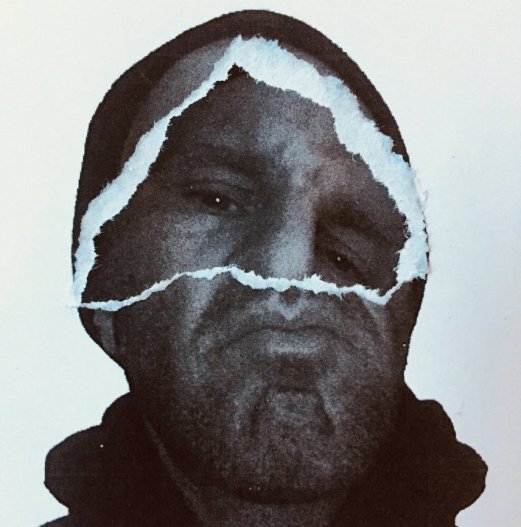 Darcy Spidle’s ongoing Chik White project is a prime example of an artist’s dedication to exploring their chosen instrument to the fullest possible extent. White’s preferred sound-maker is the Jaw Harp, and his discography so far – six albums and one compilation of highlights and unreleased material – records how it has gradually taken centre stage in his sonic investigations.

We first heard those distinctive springy notes on 2013’s ‘I Am Muck You Are The Wind‘, where they provided a quirky complement to tangles of brambly guitar improvisation. If the widening of texture that the harp provided was welcome, it wasn’t until the following year’s ‘Jaw Works & Behind A Dead Tree On The Shore‘ that the mesmeric impact of White’s twanging became apparent. Set against a beguiling backdrop of wind and waves – White often records his harp jams in the open air near his Novia Scotia home – ‘Jaw Works…’ mixed the screwface intensity of Aphex Twin’s ‘Didgeridoo’ with the zen tranquillity of an Instagram yoga guru to create exquisitely cosmic wobbles. The naturalism peaked with the majestic ‘Raft Recordings From Economy‘, which depicted his voyages into Canada’s Bay of Fundy on a driftwood raft. Recordings made on this pilgrimage mixed White’s jaw-jawing improvisations with clunks and scrapes from various bits of debris, not to mention the raft itself, making for a rich and surreal sonic odyssey.

Recorded, as the title suggests, on a 2017 tour of Canada, ‘Their Faces Closed (live)’ lacks the environmental textures of those earlier works (although it does feature a coda ‘Chezzacook mud tape’, taken from a cassette of ocean recordings that Spidle had buried in a salt flat). But it makes up for it with a hypnotic intensity. The focus that White brings to his live performances is evident from opener ‘Poking Needle’. If the vortex of swirling bongs, slurps and grunts that he sprays out don’t convince you that something weird and wonderful is happening, the astonished delight of the audience after he comes to a lurching halt surely must do. Vocal additions have been a feature of White’s technique since last year’s ‘Soft Shapes‘, proving extra melodic and harmonic layers that extend the already disorientating resonances, and they’re in full disconcerting effect on most of the cuts here. A track like ‘Golden Mind’, for example, with its subdued palette of huffing, squidgy growls, works as a masterclass in the fleshy apparatus required to operate the harp, as well as a bravura display of oral histrionics. Even in a relatively pure piece such as ‘Pataphysical Solution’, White can’t help foregrounding a stream of tubercular exhalations that dance around the taut, wiry vibrations like a delighted bear feasting on honeycomb while a cloud of bees mount an ineffectual defence of their life’s work. Buzz buzz. Snuffle. Burp.