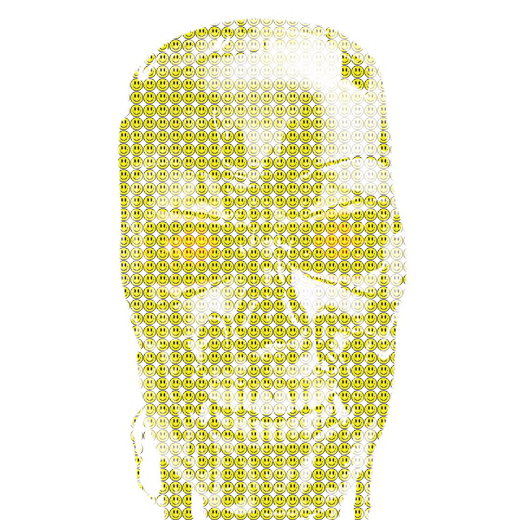 The ‘Terminator’-referencing cover art is dead accurate. From its opening seconds, ‘Dynamics’ is as murderous as a Skynet hit job beamed into the past to wrench the future off the rails. Jittering waves of percussive electronics explode in shards of rapid-fire brutality. Unrelenting fusillades create overwhelming storms of digital noise. And, although it deploys a familiar club music palette – jackhammer kickdrums, rolling snares, viscous synths, even occasional vocals – the fractured, frantic nature of ‘Dynamics’ will challenge even the most bug-eyed, jaw-clenched raver to get busy with its titanium skeleton. For example, ‘RiSE’, with its splattered, shifting percussion and skin-peeling waveforms, is sufficiently heinous to make all but the most intense gabber or footwork jams seem like the kind of Marshall Jefferson tune you’d shuffle around to in your best shirt of a Saturday evening.

However, if you look a bit closer at the cover art, it reveals itself to be composed entirely of smileys. That’s probably supposed to be comforting (as are the release notes, with their utopian vision of benefits-driven robotics). But really all that tweaked jpeg does is remind me of tracks like Captain Kirk’s ‘Your Son Is Dead’, those rave era joints whose exploitation of the faultline between deranged euphoria and gibbering terror was a fixture of pre-superclub late night adventures. Oh, and if just reading those words make you feel a little … sweaty, you might want to take a few deep breaths before engaging with the full-spectrum distortion of ‘Wild Cat’, in which strafing bursts of corrugated sound ratchet up an already intense, juddering mass to crisis-inducing levels.

The perpetual glitches and gyrations of ‘Dynamics’ are so disorientating that the whole album seems to generate a peculiar aural haze. Tracks such as ‘PETMAN’ are seething clouds of nanoparticles, buzzing around in halos of extreme malevolence. Elsewhere the unrelenting velocity gets halted, trapped, like an ancient VHS tape on perpetual freeze-frame. ‘SpotMini’ is as furiously paralyzed as a cyborg snake in a trap, spitting toxic gobbets of molten code as it tries, vainly, to escape the uncanny embrace. Hasta la vista, baby.