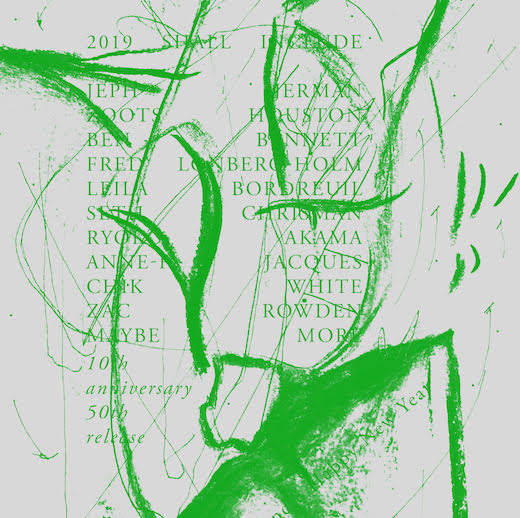 That Evan Lindorff-Ellery and Travis Bird’s Notice Recordings has been responsible for bringing so much fantastic sound-making into my brain is almost unreal. It was through their amazing 2014 tape, ‘Jaw Works and Behind A Dead Tree on the Shore‘ that I first became aware of Chik White, which is one of my all-time favourite musical discoveries, for example. The label also lead to me headz like Tim Olive, Ben Owen and Chris Strickland, artists that burrow into the interstitial spaces between disciplines – sound art, improvisation, environmental music – to create strange and beautiful artefacts.

Even though Bird and Lindorff-Ellery are now based in different cities (one in Hudson Valley, NY and the other in New Orleans), their appetite for ushering out-there sonic works into the light is as committed as it was when they launched Notice in Chicago almost a decade ago. It’s not to denigrate any of their roster to say that this latest trio of tapes, released back in October 2018, is as good as anything they’ve put out up until now. Go take a look. 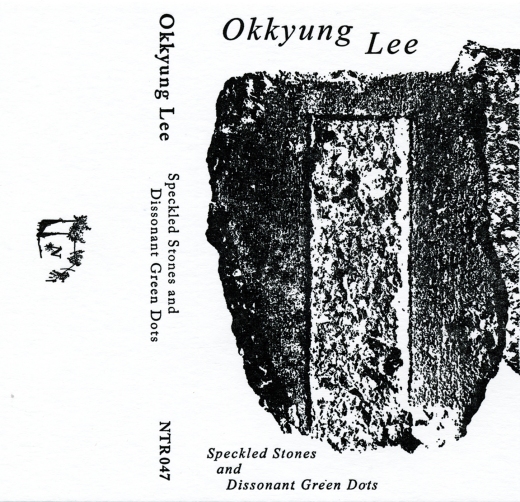 ‘Speckled Stones, Green Dots’ sees Okkyung Lee move away from the cello for two electronic explorations that highlight her keen awareness of sound and space. Lee’s cello records already form a compelling discography, but as this tape makes clear, her skill and quicksilver compositional sharpness shine through, regardless of delivery method.

In ‘Speckled Stones’, Lee lays out a beautifully sparse arrangement of percussive jolts and hisses. Snare-like hits rain down like granite droplets, while serpentine metallic lines wriggle and spark, all punctuated by clunking debris. What lifts this above computer music orthodoxy is its agility and the sense that it is more than just points on a grid, as if the gestural strength and twist-on-dime dexterity of Lee’s string-based improvisations are being played out in this electronic arena.

The swirls of ‘Dissonant Green Dots’ share this tough fluidity, although its organ tones and gleaming chimes make for a softer-edged, almost dreamy feel. Its eerie repetitions and coiling motifs have a structural integrity that suggests some kind of forward planning. Yet things stay loose enough to suggest that Lee is letting her instincts, rather than any kind of score, guide her. But it sure does flow, alright, like a river made of platinum milk. 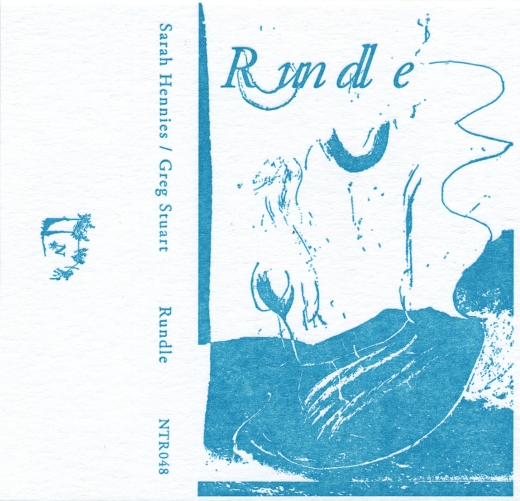 Over the past few years, an overexposure to British free improvisation has imbued me with a preference for sessions where disjunction, rather than rapport, is the order of the day. After all, why seek synergies when sharp-elbowed argy-bargy is so much fun? Yet I can’t help making an exception for this on-point meet-up between Sarah Hennies and Greg Stuart, the duo moving between piano, percussion and other bits and bobs to create a sound-world that is utterly absorbing.

Across these two long pieces, Hennies and Stuart are great at deploying a steady momentum to keep things interesting without ever becoming overly linear. On side A’s ‘Tunnel’ the shifts from rickety bangs to flying saucer whines and frazzled piano stabs are as frisky as a squad of hares living their hashtag bestlife on the mountain. These tracks are tone poems, almost, capturing moods and states of being, while resisting any urge for overdetermination, their tonal shifts appearing as naturally as changes in the weather. In fact, the duo excel at absenting themselves from these pieces almost entirely, their explorations coming into focus of their own accord, as if part of some strange ecosystem. Improv for the anthropocene? It’s about bleedin’ time, matey. 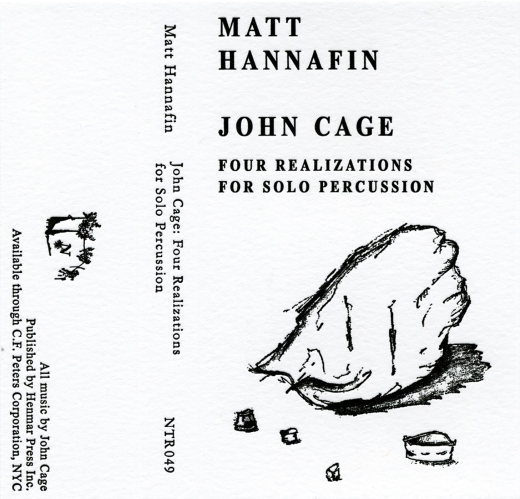 Portland, Oregan-based percussion pro Matt Hannafin has a run at a series of Cage percussion pieces, two from the 1960s and two from 1990. There’s plenty to say about the technicalities of these pieces – for example, the scores from ‘Variations II’ and Variations ‘III’, created in 1961 and 1963 respectively are sets of overlapping transparencies which are cast like dice before being performed; the others foreground a tension between improvisation and composition that any interpretation must navigate in order to produce a fruitful result; and so on.

While all this background provides the necessary infrastructure for these works to exist, as a listener it’s perhaps more fruitful to swerve the musicological leg-work and instead give yourself up to the shifting textures and rumbling dynamism of Hannafin’s realizations. Because he really gets under the skin of these things, bringing both vitality and an almost ceremonial distance to his performances. His playing is both urgent and poised, imperturable even when, as on the blocky, restless clusters of ‘Variations III’, it bristles with restless energy.

Hannafin’s deep engagement means he’s never just playing out a superficial interpretation of Cage’s scores (which would be easy given the open nature of the ‘Variations’ pieces in particular). On ‘cComposed improvisation for one-sided drum with or without jangles’, the sibilant rattles and hollow clunks seem to emerge magically from a vast open space, stones arranged in an ice field by a people long since extinct. The bowed cymbal drones and toothache whines of ‘One4’, meanwhile, have the enigmatic weave of messages from the far future, sonic artefacts whose comprehension requires some yet-unknown evolutionary step.