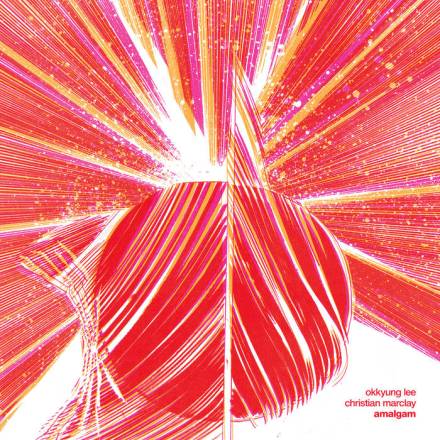 Okkyung Lee takes no shit. Her playing refuses to stand on ceremony, no matter who her collaborators, Lee giving as good as she gets in adrenaline-filled exchanges that often set the pulse racing. Her solo work, notably 2010’s Noisy Love Songs and 2013’s Ghil are statements of intent, full of tough and graceful constructions that challenge listeners to keep up with their gritty, asymmetrical velocity and offering ample rewards for those that do. In duo and group situations – her angular pairing with Bill Orcutt, recorded at London’s Café Oto last November, for example, or the crunchy attack of Wake Up Awesome, featuring C Spencer Yeh and Lasse Marhug from 2013 – Lee wields her cello with elegant force, its diamond-sharp bite opening up spaces in even the opaquest sheets of sound, making room for her astringent arco flurries and needling pizzicato jabs. Avoiding noise for noise’s sake, the results are frequently less abrasive than one might expect – I remember witnessing a set with Charles Hayward in London a couple of years ago, in which the pair’s multi-limbed grappling moved from a wary pugilism into a complex, interlocked dance, a sonic capoeira almost.

At times, this duo recording with arch turntablist Christian Marclay, laid down at Café Oto (again) back in November 2014, approaches a similar level of mysterious unison. The kaleidoscope of dirty scrapes, grey burps and ragged chirrups that Marclay conjures from his magic bag of  vinyl coalesces with Lee’s energetic swipes to create vast, bulky shapes, like some shadowy imago rising from the sewers beneath east London and shambling forth to sow discord among the craft beers and artisan flapjacks. The best example is maybe two-thirds of the way through, where Marclay’s muffled, swirling electronics and barely-audible vocal fragments merge with long, queasy cello strokes in grim foreboding, before a wave of static cuts, laterally, across it in an explosion of oily sound.

But for every period of cohesion there’s an almost Newtonian moment of rupture. Amalgam’s opening sees Marclay throwing everything but the kitchen sink at his collaborator:  metallic lumps of scree, bath-toy squeals, liquidy gurgles and echoing bleeps all come flying across the great divide, only for Lee to bat them away with insouciance, her invulnerability reducing her opponent to near-silence after five minutes, a lacuna she fills with circling, almost elastic sweeps. Faced with this tempest, Marclay deploys subtle coos and crackles that seem simply decorative at first, but gradually insert themselves into the grain of Lee’s undulating whine.

Things get even more gnarly later on. The last five minutes is punctuated by corrosive bursts of static, punctuated with wincing bowscrapes and shingly grind, the pair seemingly forcing themselves to continue in an excruciating crawl to the finish line. As the last seconds hove into view, all the noisy grub seems to melt away, leaving only a ghostly synth figure and single, sustained cello note hanging in the air, before that too disappears. It’s finished. The world turns. We can’t go on. We must go on.