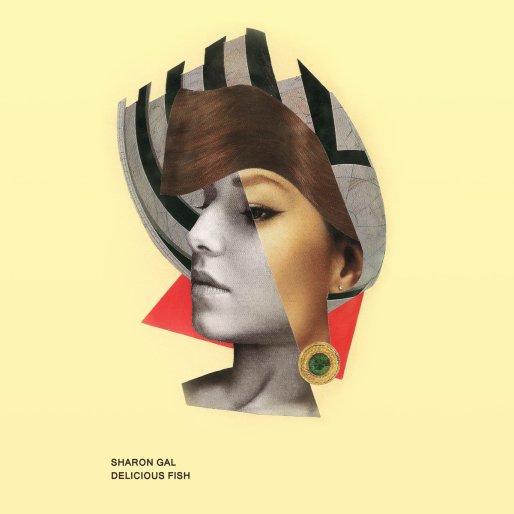 For those experimental musicians whose remit is the voice, making an explicit connection between the physical apparatus of breath making and its intangible, ethereal products is often a foundational part of the job. The growls, gargles, coos and shrieks of a Phil Minton or Meredith Monk foreground their bodily origins – lungs, throat, diaphragm, mouth – while offering routes through which the human voice can roam free from its usual sociolinguistic constraints. The tension is exacerbated when electronic processing is brought into the mix,  doubling or manipulating this organic source material. Something once thought of as quintessentially human – the voice – is transformed into digitized hybridity.

The work of composer, vocalist and improviser Sharon Gal exemplifies how these opposites – organism and machine, physical and incorporeal – are held in uneasy balance. Gal’s pterodactyl screeches and rutted, throaty gasps channel the satanic chanteuse vibes of Diamanda Galas but, in place of bluesy goth tapestries, Gal’s vocal explorations range through abstract, austere settings, often with disconcerting results. A combination of technical skill and dramatic flair means Gal has the chops to craft a vocabulary whose rasps and caws reach back from the edges of the human. During live performances, her whole presence seems possessed by malevolent spirits, like some latter-day Victorian spiritualist regurgitating messages from behind the veil in full method-acting flight. A recording of a duo gig at London’s Hundred Years Galley, released as one side of the Structured Disasters ‘Bedside Cabinet’ tape, shows Gal in full flight, hollering and gabbling in loggorheic frenzy to a backdrop of metallic clatter and scrape (courtesy of mysterious collaborator Aylwin). And on studio sessions such as last years ‘Mami Wata’, Gal’s declarations combine with Andie Brown’s field recordings and ringing glass harp tones to create widescreen soundscapes from an alternative universe.

‘Delicious Fish’ offers another window into Gal’s sound–world, with three tracks that take in astringent modern composition, nightmarish mood music and chilly long-form drone in a bracing package. Opener ‘Étude (for 3 voices) V’, in particular, will be a revelation to those who have only experienced Gal as an improviser. Created originally for the Juice Ensemble vocal trio, the version here uses Gal’s her own guide voicings to extend her original composition. It’s a rigorous, almost abrasive gem, Gal’s multi-tracked, wordless vocals creating gleaming arcs of sustain that are as hypnotic as they are imposing.

An early section sees layers of Lansky-esque cyborg hums and huffs groaning in a bizarre yogic chant. It’s all rather liturgical, especially when Gal and her ghost choir venture into the higher ranges, although lofty feelings are quickly upended by bursts of chatter that rain down like a band of cheeky simians pelting a parish priest with walnuts. Once that’s over, things double down into for a lengthy journey of eternal machine purr, whose microtonal variety brings incremental delights with each subsequent immersion.

‘Guitar Music’ shares this commitment to the ever-extending horizon, although this time around the titular stringed instrument plays the dominant role. While I’m not too familiar with Gal’s non-vocal work this is a fine taster, with a slowly-phasing e-bow vibe that recalls US adherents of pared-down weirdology such as A.F. Jones. Indeed Steerage, Jones’s partnership with Barry Chalaba, is a good touchpoint, as is his more recent collab with Cristian Alvear and Alan Courtis on Glistening Examples. ‘Guitar Music’ compares well to such fine company, with a slo-mo swoop that would be dreamy if it didn’t occasionally dip below the plimsoll line for some mottled gurgle.

‘Bloo’, meanwhile, clocks in at a fraction of the runtime of the tracks it sits between. But it packs plenty of phantasmic grumblings into its short life. Foggy and dense where its compatriots are lean and spacious, it’s a perfectly spooky interlude and a reminder of Gal’s ability to manipulate light and shade to entrancing effect.