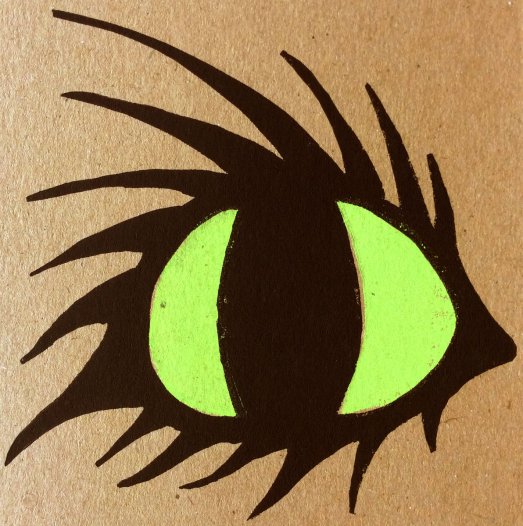 Sloth Racket is a quintet formed by baritone saxophonist and composer Cath Roberts.  Its music exists on the gnarlier edge of free jazz, often deploying the approaches and techniques of fire music and free improvisation at the service of Roberts’ own compositions. Roberts’ scores, usually expressed as graphical or textual notation, provide structures to reign in potential excesses and avoid directionless drift, setting up fruitful tensions between individualism and collectivism in doing so. This quality is apparent from the very first moments of the opening cut, ‘Animal Uprising’, in which the crew slips effortlessly between tonal registers from the get-go, flicking between horn-lead swoon, mazy cacophony and mischievous alto pecking with enviable skill and wit.

‘A Glorious Monster’ is Sloth Racket’s third studio album, building on ‘Triptych’, their excellent 2016 debut and an equally compelling follow-up, ‘Shapeshifters’, a year later (interested listeners should also investigate the excellent ‘See The Looks On Their Faces‘, which collects a selection of tracks from live dates in 2017). All the key Sloth Racket signifiers are here – lugubrious baritone swells jostling with acerbic alto motifs; slices of astringent guitar cutting through the dense polyphony; and  drums and bass that act less as a conventional rhythm section and more as free-flowing components in their own right.

Roberts may be the composer and bandleader, but she’s far from a tyrant. On ‘A Glorious Monster’, she allows all of her squad to excel, alternating communal jams with moments of individual expression. The lovely, woozy sax lines at the start of ‘The Gazer’ are a great case in point, altoist Sam Andraea and Roberts executing a spaced-out waltz before the rest of the band creeps back into focus, guided by Seth Bennett’s deft double-bass plucks. Even better is when the border between group and individual blurs into an amorphous zone, as in ‘The Octopus’, where the ensemble deploys a free improv-derived grammar to create a cloud of mesmerising jitter, with Anton Hunter’s sharp-elbowed guitar acting as a titanium skeleton keeping the crew on message.

The title track, meanwhile, sees drummer Johnny Hunter’s octopoid wig out brought back from solipsistic abandon by the subtle goads by his compatriots, with spurts of guitar and sax locking into the gaps with groovy synergistic freedom. And if that Godzilla stomp that bursts forth seven minutes isn’t a gleeful pastiche of  ‘Machine Gun’ – well, I’ll eat my Die Like A Dog CDs.