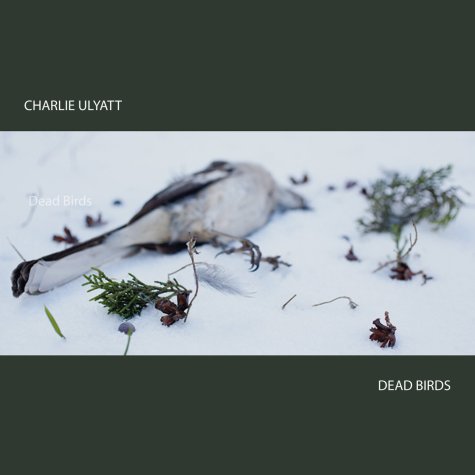 These eight ruminative pieces from Nottingham guitarist Charlie Ulyatt demonstrate a rare cohesion and assurance, their slow progression opening up wide, meditative spaces that are both liberating and tinged with a sense of foreboding. Ulyatt’s sound – swathed in reverb with a hint of tremelo that leaves his picked notes shimmering in the air in a seemingly perpetual decay – recalls the cosmic guitar ragas of Dean McPhee. But whereas McPhee’s playing is rigorously idiom free, Ulyatt seems happier to let folkish intervals and the occasional post-rock inflected gesture creep into what he’s doing. There’s nowt bad about letting your influences shine through, of course, and these stylistic pointers bring light and shade to Ulyatt’s compositions, ranging from a Renbourn-style courtliness through to a gloomy near-goth glower.

If that welter of name-dropping makes Dead Birds sound like some postmodernist stew stylistic references, the reality couldn’t be further from the truth. The ghosts of other performers may tip toe around in the background but for the most part Ulyatt is perfectly in control here, paring everything back to a lyrical minimalism that rarely puts a plectrum wrong. On pieces like In the End, the notes don’t exactly tumble from Ulyatt’s instrument – instead he seems focused on playing as few notes as is humanly possible to convey his message, resulting in skeletal, folky forms that gleam like ancient bones, long picked clean by vultures, their bleached whiteness enigmatic markers in a parched landscape.

True, Dead Birds might sound a tad dour at times – the seven minutes of Like Dust When It Rains have a gloriously druidic aridity that conjure up the image of John Fahey working his way through Mogwai’s back catalogue, for example. Overall, however, the unhurried pace and glistening melodic dewdrops of Dead Birds make for a meditative and satisfying listen, the kind of thing you’d reach for during a long autumn afternoon with a pot of tea and a smoke. It’s hazy enough to loosen your grip on quotidian worries without opening up any troublesome wormholes in time and space. And even if the cover art’s a bit mournful – looks like Ulyatt’s pet moggie has gone hunting again – it would be difficult not to feel at the least moderately chilled out  after half an hour or so in Dead Birds’ company.