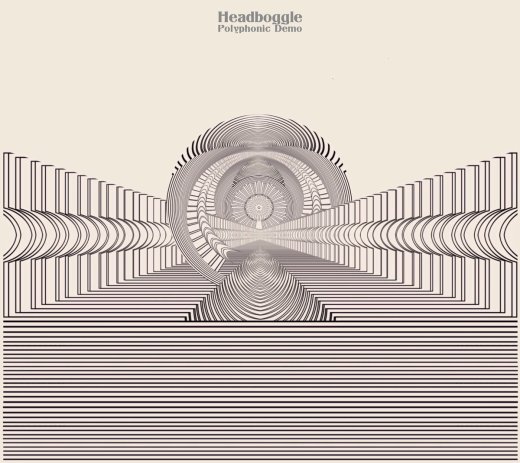 44 one-minute tracks enough for ya? In ‘Polyphonic Demo’, underground maestro Headboggle carves digital matter into rapidly-multiplying plastic mandalas, producing bonkers vortex-surfing output that’s just perfect for Wendy Carlos freaks and maximalism addicts across the multiverse. Even better, its symphonic hysteria is baked into bite-sized cues lairy enough to soundtrack retro schlock-gloss futurism of the most frenetic kind – a long-lost print of Ken Russell adapting J.G Ballard’s ‘Cocaine Nights’, maybe, or a feature-length remake of that classic Star Trek episode where Spock gets flowered up and everything goes a bit wobbly.

Brevity is definitely a plus here, Headboggle’s chosen time limit giving them just enough space to deliver their ideas before scarpering into the void. Recently I’ve noticed several electronic artists using this type of miniaturism to lasso their outpourings into a manageable format. In 2018, Qualchan’s ‘One Hundred Years‘ packed a breathtaking variety of sonic nuggets into two impressionistic sides of tape, each movement drifting past like an exotic landscape glimpsed from a sailing junk cruising downriver. And Brett Naucke’s ‘Multiple Hallucinations‘ from 2017 rained down gnarled shards of modular grit in constantly-evolving storms.

Whether this is an emerging trend or just groovy accident isn’t really important, I guess. But ‘Polyphonic Demo’ nestles nicely among these forebears. Here, every second counts and there ain’t nothing wasted, from the burping pings and joyous serotonin gasps of ‘Ad Break’, to the hissy, delirious shuffle-jazz of ‘Siren Phonics’ and the syncopated pinprick hustle of ‘Space Morse’, whose silicate whistles are only occasionally punctuated by iron-lung bass farts.

To be honest, with each track materialising in your lobes like some amphetamine-fuelled PowerPoint, there’s obviously far too much going on across ‘Polyphonic Demo’ to even attempt to summarise. Best advice I can give? Take a deep breath, then dive in. The oily swirl is lovely.